Learn how to use the Catch node to handle errors

When your flow is running, nodes may throw exceptions. To handle these exceptions you can use a Catch node.

The below example shows a simple exception caused by not providing a file path for the Open Excel node. 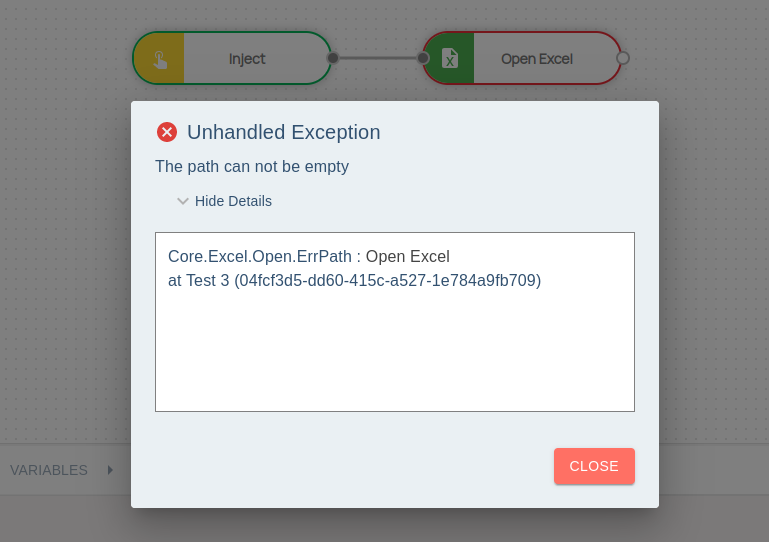 The message object injected from the Catch node will include the error field that can be used to decide what to do next.

If you want to not use a catch node and want the node to continue flow without throwing an exception then you can select the "Continue on Error" option in the Common section of the node you want to ignore errors. 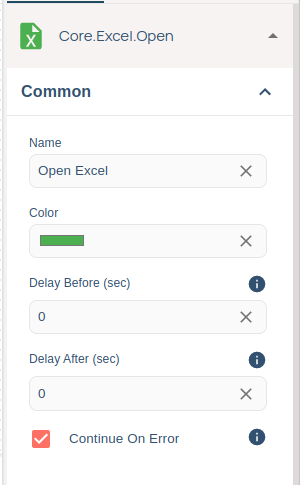 If this option is selected, the node will not throw an exception and continue the flow as below:

The "Continue on Error" option sometimes hides the problem and makes it difficult to find the real cause of an error. So when an exception is thrown and "Continue on Error" is selected, the robot logs this as a warning but the flow continues as expected.