Learn how to version your flows.

The versioning feature is only available in Paid plans. You can check out the plans from Robomotion's pricing page.

The Flow project's snapshots can be taken by Robomotion's simple versioning system. To create a version of the current project click the button right next to your project name.

When you press the versioning button a pop-up window will appear to create a new version. 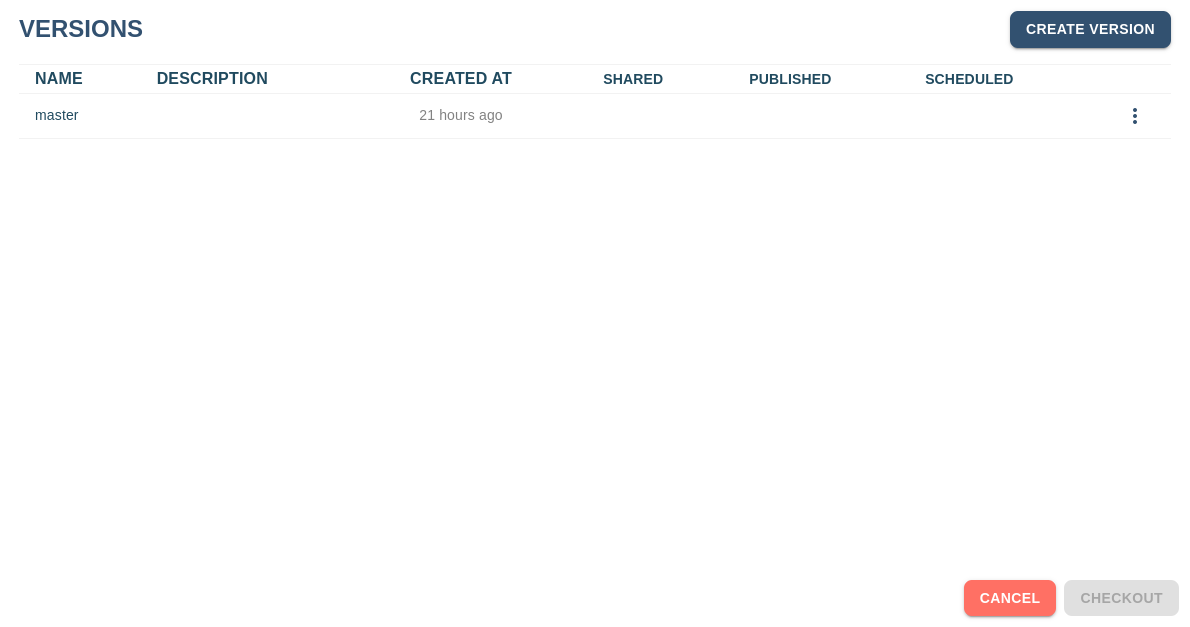 By clicking the button named "Create Version" at the top right corner of the window, the name and description of the version will be asked. 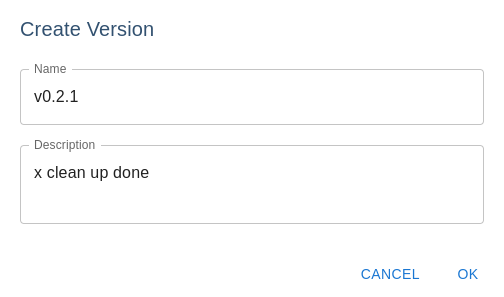 Any version can be opened by double-clicking the requested version. Currently, there is no branching capability is available. But to return to a previous version and continue from that version you just need to save the project after opening a previous version. A warning will be displayed that the "master" version will be overwritten with this version.

After the version is created you can see all the listed versions in the Versions dialog.

The actions that can be applied to a previous version are listed below:

Edit: Change the name and description of a previous version.

Export: Export a version of a flow into a file.

Sync: Sync overwrites the "master" version into the selected version. This is most useful when you scheduled a version of a flow and want to publish a fix quickly without re-versioning, re-publishing and re-scheduling.

Publish: Publish option publishes your version to the Admin Console. Only a published version of a flow can be scheduled.

Share: The version of your flow can be shared publicly or privately with a link.

Delete: This option deletes your version.